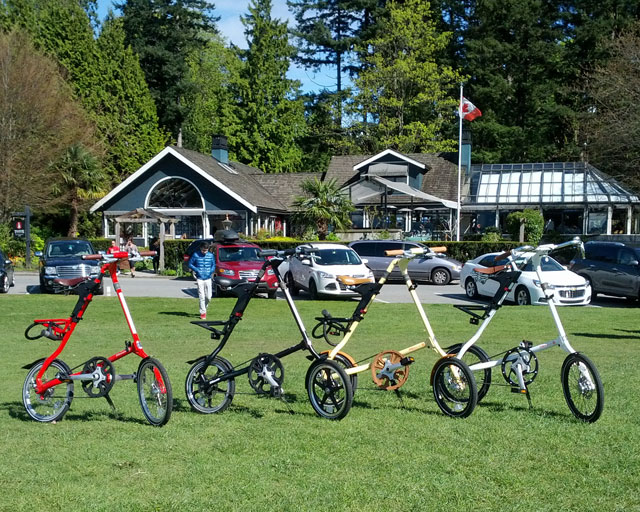 Strida fans invaded the Vancouver Stanley Park Seawall last Saturday, actually it was myself and my family out for a family ride on our Strida bikes. Four Strida bikes in one place at the same time in Vancouver is quite a sight, we did attract much attention. The approximately 11 km ride around the seawall of Stanley park is spectacular with many cyclists, walkers and joggers making the journey. Fortunately most are going in the same direction.

I would highly recommend the journey if you live in Vancouver or are visiting, we noticed several riders on rental bikes. We even met some who wanted to test ride a Strida. We were staying in a nearby hotel, so the ride was accomplished entirely on a bike path, no roads were crossed and there was no contact with cars.

As I have already stated, we did attract a lot of attention. One couple we met were a couple from the San Francisco area. They asked for a demonstration of the Strida folding, unfolding and wanted a demo ride. I am always quick to show off my folding expertise and the demo ride produced an interesting comment, “comfortable ride and my neck doesn’t hurt”. The woman making the comment had just been cleared by her doctor for cycling after she had suffered injuries from an accident last summer.  This was her first day of cycling after her accident and the standard rental bike she was riding was causing her neck pain.

I also conversed with two men from Vancouver who immediately noticed the benefits of the clean belt drive, upright riding position and the quick convenient fold, perfect for their small Vancouver apartments.  I made them aware of Vancouver’s Reckless Bikes who have demo Strida bikes at their three Vancouver locations as well as new Strida bikes in stock.

Vancouver is perfect for sight seeing on a Strida bike, I am looking forward to returning to the Vancouver Stanley Park Seawall. I am also looking forward to riding more of the many kilometers of scenic Vancouver bike paths and lanes.  If you see me ride by, please stop me and ask for demo, it would make my day all the better. 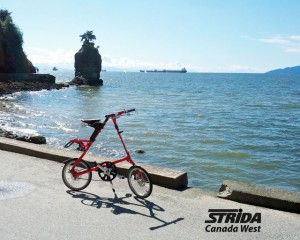 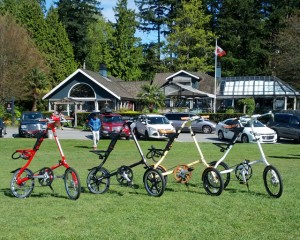 Lined up at the The Teahouse in Stanley Park 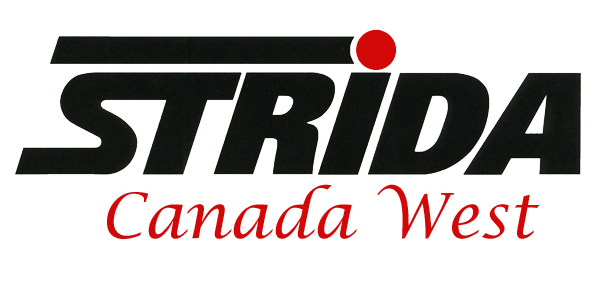